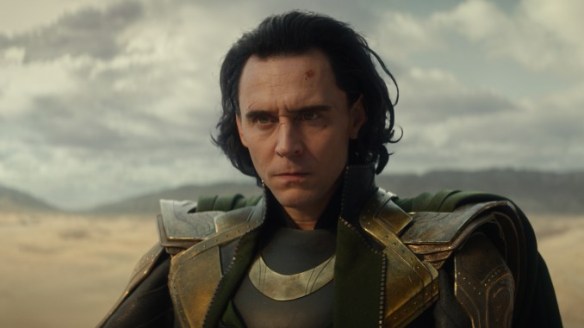 It’s another season of Marvel TV, so it’s time to go through the all-important mythos introductions with this first episode. In this case, the titular character is pretty straightforward as Loki (Tom Hiddleston) has been with us since his Marvel cinematic debut with Thor in 2011. He’s charming, arrogant, happy to knife anyone that gets in his way, and his helmet is still both utterly ridiculous and fashionably dashing. The only minor complication is that the Loki we have here is the defeated mischievous god at the end of Avengers Assemble, rather than the emotionally evolved one we saw die in Infinity War. But don’t worry about that, as this is just Marvel Universe 199999, introducing us to the fun multiverse shenanigans that Universe 616 has been dealing with for ages.
END_OF_DOCUMENT_TOKEN_TO_BE_REPLACED

On paper, this must have looked like a brilliant idea. Take one of the most popular non-super-powered comic book characters of the era, use the core of their story to tell a standard vigilante cop story, and string together a bunch of fight sequences with an up-and-coming action star at the helm. It was the late 80’s and people were flocking to see that stuff, but for whatever reason, this Mark Goldblatt directed flick fell flat on its face.
END_OF_DOCUMENT_TOKEN_TO_BE_REPLACED

Welcome to the fun house

Everyone Likes A Tag