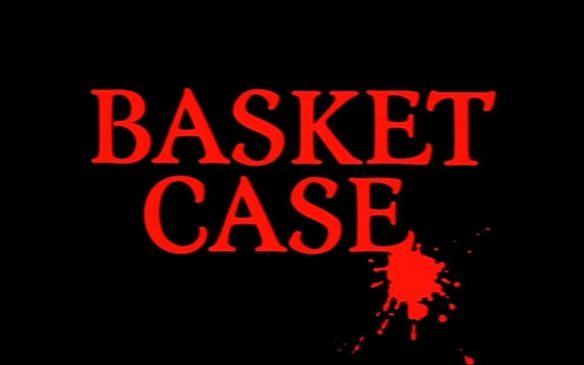 The general pattern for b-movie horror movie trilogies is, to my mind, a relatively established, disappointing and inevitable one. The first film is a success, frequently because the people involved in making it are new to the business or coming in as outsiders so don’t know/care about the preconceived notions of “how to do it right” (Evil Dead, Ginger Snaps, Night Of The Living Dead). The second, often not planned when the first was made and often with a bigger budget, is often made soon after as an attempt to cash in on the success of the first by building on whatever part of the mythos or scares stuck with the audience the most (Friday The 13th Part 2, Hellbound, Evil Dead 2). The third part is normally where the wheels come well and truly off the bus in spectacular fashion, as the core talent moves on (Halloween 3), the budget falls away as the makers realise the core audience will buy anything with its name on it (Wishmaster 3), or it shifts into a new direction (Army Of Darkness).

With that in mind, I will offer to you the notion that the Basket Case series, the work of underrated cinematic genius and self-described exploitation filmmaker Frank Henenlotter, is one of the few trilogies that manages to maintain its quality, both in terms of production value and in movie quality. Obviously, it can be argued that what started as a USD 35,000 project that Henenlotter only made because he thought no one would see it can only get better, but this ignores the fact that the original movie had to have something to it for it to have been a success. At the very least, Rex Reed of The New York Observer described it as “the sickest movie ever made” so it has to have something going for it.

Basket Case (1982) is, with unrelenting dedication, an outright freakshow of a film. This doesn’t just extend to main characters Duane Bradley (Kevin Van Hentenryck) and his deformed and psychotic, previously conjoined, twin Belial, but to the entire of the New York City that they inhabit. The brothers are the rubes that the city slickers are going to take advantage of, and thus get murdered in a suitably gory fashion, but this is beyond a simple story of victim and victimizer (especially as the victim is in town for a spot of revenge).

“Why yes, I would like to know how to lower my house insurance costs”

Although the story, and frequently the dialogue, are inherently absurd, Henenlotter manages to create a New York so phantasmagorical that it manages to go out the other side and become hyperreal. The characters, universally played straight and often over-delivering the lines with a neo-Shakespearean gravitas, manage to become both avatar and caricature, pulling you in to the truth of the ridiculousness. That you can practically see the weld marks from the editing process only adds to the effect, as the incoherence heightens the tension as you try to keep up with the stimulants-stutter of the plot. 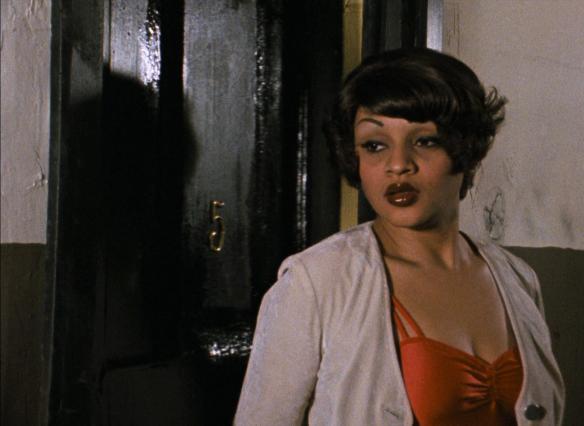 “I’ve come to out-act all of you and chew gum, and here’s a monologue about how I have run out of gum”

The horror, when it comes, is bloody and visceral; including a drawn-out surgery scene that is impressively squelchy. Belial, basically two arms and an angry face stuck on a giant scrotum, manages to be hideous and threatening, despite looking like a Boglin that’s been up way past its bedtime. There is also an inherent horror to the set-up that manages to give the story a depth that it logically doesn’t deserve, but that nevertheless, you’ll be nodding along in pathos. The overall effect is a delightful “what the fuck did I just watch?” that will have you scratching your head and smiling, possibly punch-drunk, about afterward.

Shot forward to 1990 and things don’t get any less Gonzo. There is the obligatory retcon of the first films ending (albeit slight compared to other sequels’ contrivances), as well as the increase in budget (around 50 times more, adjusted for inflation) and escalation in so many unexpected directions. There is also the introduction of Granny Ruth, played by the multitalented and highly respected Annie Ross in a manner almost as surreal as Kevin Van Hentrnryck’s continued adventures as Duane, and a whole menagerie of full-body costumed freaks.

“I understand your pain, Belial, but ripping the faces off people may not be in your best interest.”

This time, the core story is of a sanctuary (Granny Ruth’s home for deformed individuals) being invaded and the people within being persecuted for being different. There is also a theme of if the Bradley Twins are able to find happiness and acceptance of each other apart, now that their joint mission of vengeance is over but their special bond continues. This is further complicated by them both finding love in the warm arms of women, and them having to confront their own prejudices and body issues. 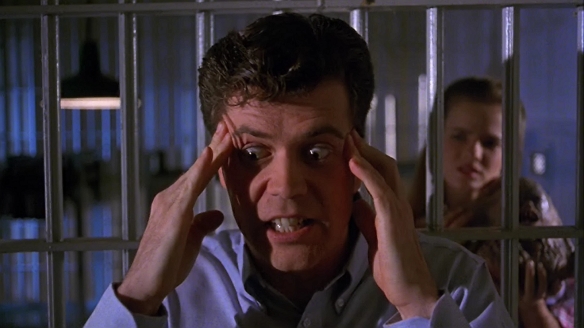 Obviously, all of this is handled with the care and delicacy of a lump hammer to a Ming vase, so don’t go thinking the series has softened up in any manner. However, whilst it maintains its carnival of the grotesque approach, it will get you asking yourself some questions about your moral stance between the obligatory blood, guts, and questionable taste. You are essentially being entertained by a Freak Show, whilst also being asked to feel empathy for the plight of those within it. The prime example of this is when Belial finds love with his female counterpart, with the sex scenes being presented as both a tender moment and a physiological puzzle. The film offers no conclusion on its fantastic approach to real-world disability issues, instead offering you the chance to think them over.

Extensively, this is a chance to flood the screen and your senses with a whole load of monster concepts and then a whole load of mindless violence. But by upping the ante, whilst continuing to determinedly play everything straight, and, importantly, filming the monstrous characters in full, proud lighting, it continues the trick of making you feel pathos throughout. The ending is, again, a wild and unexpected ride, and offers up a moralistic riff on Tod Browning’s Freaks instead of the original’s lurid take on William Lustig’s Maniac.

As said at the start, the third film is normally when everything goes to hell. However, in an act of celluloid rebellion, Basket Case 3: The Progeny (1991) manages to keep the core talent, stick on the path set by the first two movies, and keep its production values held high. The retcon/reset is, somewhat disappointingly, a little heavy-handed, but that’s about the lowest point of the story as we get to watch all the characters from 2 head off on a road trip!

“We’re all going on a Sumer Holiday!”

Granny Ruth and Belial take a more leading role in this film in the first act, which works as it allows time for the set-up to be established. It also feeds into a continuation of the tensions felt between the brothers. The moral discourse is soon presented as the unwanted moving next door to the apparently pure and there is even time a dance number because Annie Rose!

“Don’t worry, I packed the French-Ticklers”

Other than those shifts, it’s more of the same straight-faced ridiculousness with just a touch less gore and sex than before. Well, that is if you discount Belial’s partner giving birth to twelve kids in a suitably disturbing manner, assorted rampaging when those kids are stolen by the self-righteous, moments of unintended but karmically appropriate infanticide, and people getting their faces pulled off. There are also some fancy robot special effects because this is the nineties!

“Bleach-Nog, the choice of the final generation”

As the blood goes down, so the messaging goes up and The Progeny unrepentantly wears its principles of tolerance and acceptance on its sleaves. But it does it with such unrelenting relentlessness that the effect is to up the sleaze and anti-social nature of the piece. This is not a film that wants to be polite, as it sees no reason why it should be. Not only does it know who its target audience is, but it also knows that it’ll never be able to please its detractors.

You will never party this hard

After four and a half hours of special effects, overblown dialogue, and acting that makes you wonder if the cast are physically capable of corpsing, you are left with a sequence of stories that set out with one single goal and accomplished it. The style, and commitment to its ludicrous origins, only become bolder and less unapologetic as it goes along. It has a through-story that actually makes sense and is interesting, and it has something to say (even if that might have started out as an unintended side effect). For those who can appreciate it, the whole run is Treasure, and that is something that only a handful of other series (such as The Evil Dead, Re-Animator, and Maniac Cop), have managed to accomplish.

NB: one of the captions is the actual line from the series, good luck guessing which one it is without seeing the films first!