Because “Why not?”, and as it makes picking viewing easier, Trash Or Treasure is going through every movie in “Science Fiction – Double Feature”, the opening song for that trash culture classic The Rocky Horror Picture Show.

I knew Leo G. Carroll
Was over a barrel
When Tarantula took to the hills 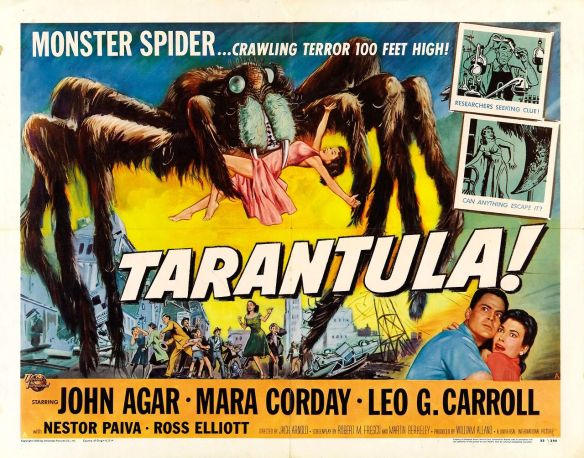 This film comes with what should hopefully be a blindingly obvious content warning: don’t watch if you are arachnophobia. Not only does it feature multiple shots of a 100-foot-tall spider wandering through the desert, and sometimes sneaking around it like some kind of 8-legged, 15 stories tall ninja, but there is the chance you might hear some outlandish cobblers pseudo-science that could get you all kinds of worried about real spiders. Which are harmless, so stop being daft. 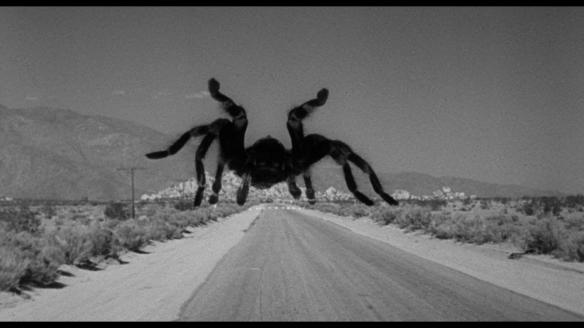 It should also come with a warning that it contains far more subtext than you could reasonably expect from a 50s creature feature. Whilst there are obvious concepts like “unchecked scientific meddling in nature could go wrong”, there are also questions about accountability, evidence-based policing, women’s place in the scientific community, and how you really should pay attention if you misplace a spider bigger than a horse. Not that any of these get in the way of the standard “is there a thing? Oh, yes there is a thing. Kill The Thing!” story arc, but the subplots add to the general enjoyability in between people getting eaten rather than feeling like filler. 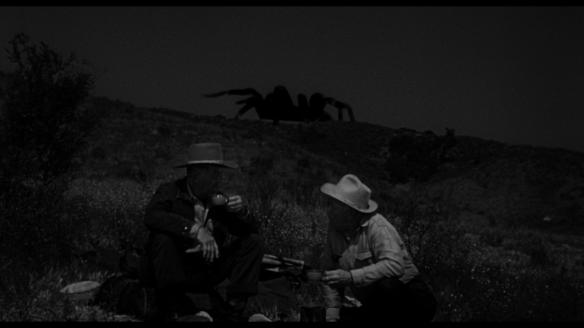 “Well Cletus, I think Kierkegaard explained it best when he said that life is not a problem to be solved…”

Not only did the makers of this top-notch creature feature bother with a decent script, they also made sure the cast was filled with some good actors. John Agar takes centre stage as Dr. Matt Hastings, with a taste for suits that the 80’s fashion would describe as having “big shoulders”, and Mara Corday co-stars as Stephanie Clayton, who’s part love interest, part plot detector, and refreshingly not a hapless victim. She’s also determined to get her master’s degree in science and hops into a car with a fellow she’s just met, so some might add “dangerous radical” to her traits. 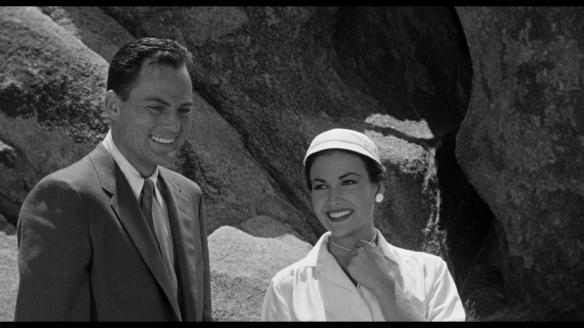 “We’re laughing, because the world is about to end”

Leo G. Carroll is the elder statesman of the piece, playing Prof “Health & Safety is for Communists” Deemer. He very clearly knows exactly what he’s doing a plays the role perfectly, bringing just the right level of dignity and ham even when buried underneath special effects makeup. His air of superiority and “ivory tower” academic arrogance adds believability to a character that has to be both incredibly intelligent and wilfully thick-as-pig-shit. It’s not his greatest dramatic role, but he handles it like he would Othello. 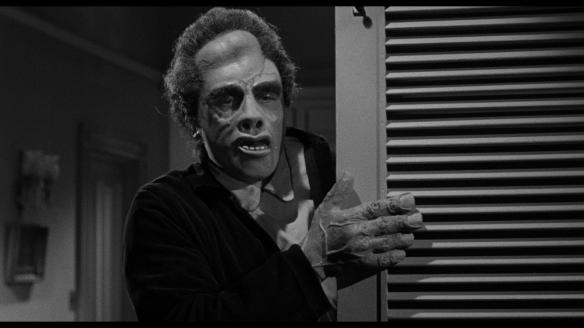 “I was trying to sleep!”

The final star of the piece is, as is to be expected, the effects. They are a little bit of a mixed bag, but as a whole, they land perfectly when needed. We may now that the titular terror is just a regular-sized arachnid (which are NOT insects, like the film claims) and a bit of camera trickery, but you’ll still feel the hairs on the back of your neck flex when it comes over the hill. They were considered cutting-edge at the time, and I’ve seen contemporary CGI do a significantly less satisfying job. Even the set-piece battle at the end, when the creature is shown in full for extended periods, gets the job done (even if it’s not quite as emotional as King Kong, which it so very obviously pinches ideas from). 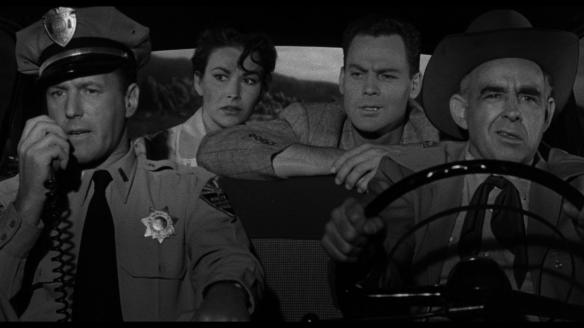 “Patrol, come in. Did they leave the gas on or not?”

To cap it all off, it’s a brisk 80 minutes, has moments of real uncertainty, and makes you feel sorry for those who die (especially the ones we see get munched on screen). If you want to deconstruct it then you’ll find flaws in it, but by keeping the narrative pace, emotional impact, and overall intrigue going all but the most determined viewer will be too busy having fun to care. It’s a bite-sized Treasure, best experienced in the moment, and a lot of modern monster movie makers could learn from it.