When Zach Snyder debuted in the feature film world, it was with his 2004 remake of Dawn of The Dead. It was a smart, exciting, and overall interesting take on George A Romero’s classic zombie story; taking the basic set-up and social themes, then working in some new flourishes to keep the audience guessing. The movie had something to say, it knew how to do that in a visually and emotionally satisfying way, and whilst it played with themes of inertia and boredom it did so without frustrating the audience. It was an explosive, captivating film, from a director with everything to prove.

His 2021, self-penned return to the genre is none of these things and I’m quite sure he doesn’t care. After directing his way to over 3 billion dollars of box office returns, Zach got given an undisclosed pile of cash to make an event movie for Netflix, because they know enough people will watch it. So, with no incentive to prove himself in any way, what we get is two and a half hours of Mr Snyder showing how awfully clever he thinks he is.

The major manifestation of this extreme self-belief is felt in the whole movie being driven by people who should be clever doing incredibly stupid things. Now, obviously, in a film involving the dead rising to feast upon the flesh of the living, both to sustain themselves and to build their hordes, you can’t expect overt realism. However, you can allow yourself to play the “what would I do if X was actually a thing” game, and if your answer to everything that has to happen for the plot to occur is “not bloody that!” then it suggests the script isn’t that clever. And this isn’t something you uncover after hours of post-film over-analysis, this is “if you stop and think for one second” stuff (like a president planning to nuke zombie-infested Las Vegas on the 4th of July). And you will have plenty of time to reflect on these things during the film, because there are whole minutes where nothing happens.

Obviously, Snyder has got a reputation for… we shall be generous and call it a “leisurely” directorial pace; so you know what you are in for when starting one of his films. But with Army Of The Dead, it’s fifty minutes before things finally get going as he spent the credits forming and then breaking the core group of characters so that Dave Bautista could exhaustively find new ways of saying “would you like to do X for a lot of money” to get those same people back together. Excitingly, there are a couple of new faces to behold. But they all go through the same routine, so it makes no difference. It’s buttock-numbing stuff, and even when the living dead do arrive the pace fails to pick up.

The zombies themselves are a microcosm of everything that’s wrong with the characters in this film. The lore here is that Zeus (a magical kind of super zombie, who escaped from his metal port-a-loo in the opening sequence of absolute stupidity) is the Alpha Zombie, so is fast, tough, and smart. Anyone he turns into a zombie is a bit less fast, tough, and smart, and anyone they then turn is a bit less fast, tough, and smart and onwards. He’s also able to get other zombies pregnant. Those are pretty decent ideas and they are explored by the zombie horde being a bit tougher than expected and Zeus getting both a rudimentary helmet and spear and an extra urge to kill, on top of his normal urge to kill. The same level of “here’s some possibly interesting background and motivation, we’ll ignore that from here on” is given to most of the other characters. This includes the ones that are obviously thrown in to beef up the body count. 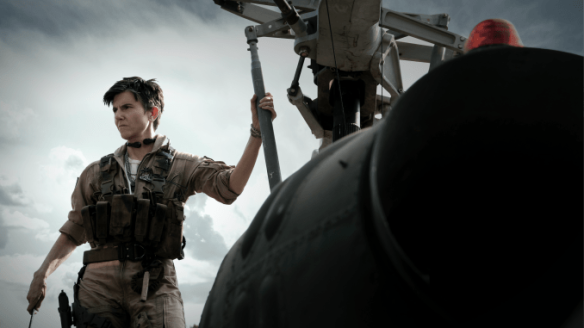 Fortunately, because Snyder does know how to make a film look good, the gore factor is one area where the film excels. The zombies are visually amazing, and thanks to a masterful blend of practical and digital effects, things look surprisingly real. Whilst a lot of the violence is gunplay, there are plenty of gag shots with blood, bones and viscera thrown around. Nothing gets tense enough to be shocking but there are plenty of impressive moments to get a sickening chuckle out of most viewers. You can also have fun playing “what better movie did Snyder steal this bit from?”, ranging from a blatant Aliens lift to a subtle nod to Apocalypse Now. 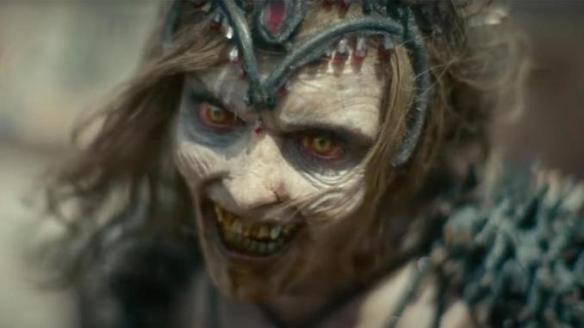 Once the air has cleared, and you’ve woken up from the overly long and utterly unneeded second ending, there will probably be moments of greatness that you’ll remember (not just all the bits with the zombie tiger) and, hopefully, can disconnect from the stupid that made them occur. The cast does an incredible job all around, spinning gold from a massive pile of damp hay. Dave Bautista manages to carry the film, despite it being a step down in quality from his recent serious work, and everyone else adds a touch of class in their own way. Which is a long way of saying that it isn’t the actors’ fault the film drains all the enjoyment out of itself.