Of the many paths that got me into watching way more dodgy old sci-fi films than is necessarily good for you, a big one was the punk rock band The Misfits. Founded in the late ’70s, and brought up on a steady diet of cheap and cheery shlock from the US TV deregulation and localisations of the late 60’s onward, they were pioneers of the Horror Punk genre. They sang a lot of very fast, very hostile songs that were often odes to the kind of grotty horror their parents had warned them would rot their brains. One of the best tunes (for my money) they ever bashed out was the delightfully nihilistic, anti-social sci-fi murder-cant of “Astro Zombies”. An epic of bile and belligerence, with a singalong section of “Prime directive, exterminate the whole human race”, I had assumed that 1968 film that had inspired it would have been either a marvel of lost outsider art or a delight of bull-dada excess.

As you’ve probably guessed from the joy and optimism of the above intro: I was wrong. Very, very wrong. $37,000 was wasted by producer, writer, and director Ted V. Mikels to bring something that could have been done in half its 94-minute running time, by a cast that can be best described as “there”, and with the directorial flair of a traffic camera. And to make it more frustrating, it’s got some decent basics to work with. 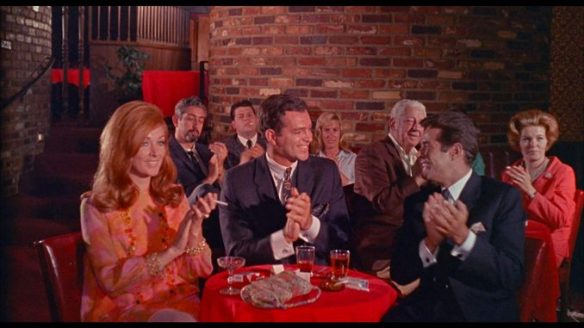 To start off; the idea of the plot is actually quite good. Dr. DeMarco (played by an uncharacteristically dull John Carradine) has come up with a way to use corpses as remote-control robots on space missions. By doing an assortment of hand-waving techno-babble, they can be turned into Astro-Men: mind-controlled automatons with skull-helmet heads, bug eyes, bulletproof skin, and everything else you need to wander around the moon whilst your pilot is on Earth. And, like any responsible mad scientist, he decides to iron out any bugs in the beta launch by murdering a whole load of people with them in a whole load of wild ways!

This sounds amazing, but it isn’t. The opening murder/credits sequence sets the pace for everything else; a lone female is followed around all suspensefully at her home by the camera until the point you want to put the kettle on, then there is a brief bit of stalker tension in the garage, and then she gets hacked to death OFF SCREEN. Not because of hiding the killer, we get to see them really early on, but to hide the hassle of any tricky gore FX being shown off. Fortunately, we know the murder was a pretty solid one, as the soundtrack is an absolute treat of squelchy, choppy, and sluicy sounds. I have to assume that the visually impaired rank this up there with Saw, otherwise all those cauliflowers died in vain. 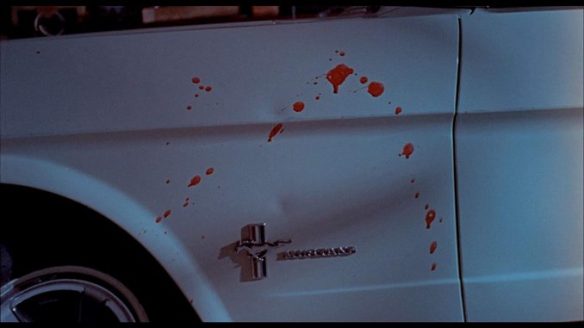 Anyway, moving along quickly (much like the movie), we also have the CIA looking into the situation with the urgency of someone that’s not sure where they put their cup of coffee down. So they’re schlepping around town to a number of grimy-looking bars to investigate things and listen to some really smooth jazz. Sometimes they have the air force with them, for shits and giggles, and from time to time they sit in a lab with them and share exposition. They also end up at a wild hippy happening, which seems to involve a table service dinner and a topless woman in body paint writhing around evocatively with your mum’s old drapes. It was the 60’s, man! – or at least the reader’s digest version read about in the dentist’s waiting room. Again, this was a pure waste of potentially excellent material, as some solid strangeness could have livened the whole thing up with ease.

Facing off against the forces of good are the forces of not clear-cut, middle-class, white-America. Tura Satana is the head of the Chinese Spy ring out to punch the astro tech (…because at that time in Hollywood, Japanese and Chinese were the same thing…) and spends half her screen time unconvincingly saying her own name. For obvious reasons her henchmen are all Mexicans, and we know they are evil because, honestly, I’m not sure how more racist this film could get on that front. But don’t worry, their side stories are almost as secondary to the plot as the actual plot is; you could probably edit that whole line out and not notice the changes. 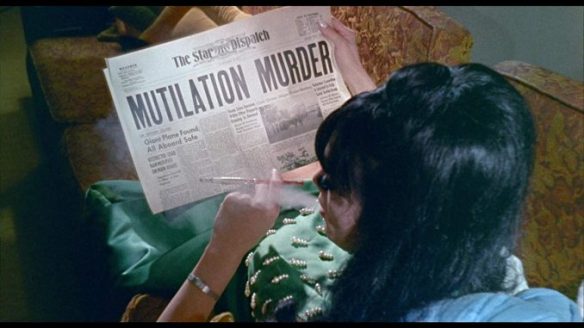 Meanwhile, away from the world’s worst daytime TV cold war spy mild-thriller, Dr. DeMarco is spending all his time killing people and monologuing the process to his Igor. IT’S MAD SCIENCE! Well, no. Mostly it’s bio-engineering in the name of “I wonder what this will do??” and I never thought mucking around with electricity, dangerous chemicals, and reanimated corpses could get so dull. It’s like the lab classes you did at GCSE, with all the inherent terror a Bunsen burner and a bottle of concentrated vinegar can bring up. William Bagdad manages to steal these scenes as Franchot the lab assistant, just by giving everything the stink-eye and being the avatar of the audience’s feigned interest. That he is mute, hardly moves, and is surrounded by a room full of mad science kit tells you how badly the mark was missed by what should have been the movie’s centerpieces. Even the scene where the bikini-clad damsel gets strapped to the operating table is just strange, as she looks less struggling for her life than just unable to get the crick out of her back.

Eventually, things are called to a head with a rumble at the Doctor’s evil lair, because this film needs to finish so let’s get it over with as simply as possible. Everyone you expect to die does so, everyone you expect to live gets through it fine, and there is a bit of screaming and monologuing that makes you feel incredibly little either way. On the plus side, the film is over and you will be happy about that. The chances are your heart rate will actually go up at this point and maybe one day you’ll forgive yourself for watching that mess. This would be great, as you can go back to hearing the synopsis and looking at the promo prints and pondering just how great this film could be!

Apparently, Ted V Mikels did a remake in 2004 with Mark of the Astro-Zombies. Somehow that manages to look even worse, so I’m just going to avoid it and hope that it made him happy in some manner. As it stands, Astro Zombies commits the greatest cinematic sin of being dull. And for that, it is sentenced to the trash heap.