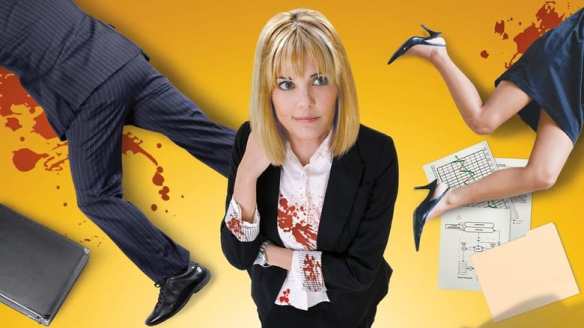 Working in an office is hell, so they make great places to center black comedies around. Most people can relate to them, so you’d don’t need to explain the premise, and most people know co-workers whom they would chuckle at the misfortune of, so if you rack up a varied body count the script is off to a good start. What can I say? Familiarity builds contempt and a lot of people are bastards. 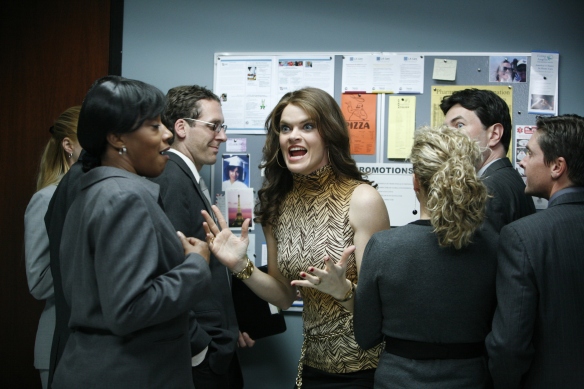 “I found where babies come from!”

A strong cast is also needed for such a film, as you need to rapidly make people look forward to dispatching of targets, and whomever got this one together did their job (Veronica Collins Rooney, saved you an IMDB check). Lesile Bibb takes the lead as the clutzy but ambitious Sarah, Missi Pyle is her right-hand gal Charmaine, and then we have Brandon Routh, Eddia Jemison, Patrick Fishchler, and Adam Goldberg (amongst other “oooh, they were in the thing!” greats) as those who enter their orbit. 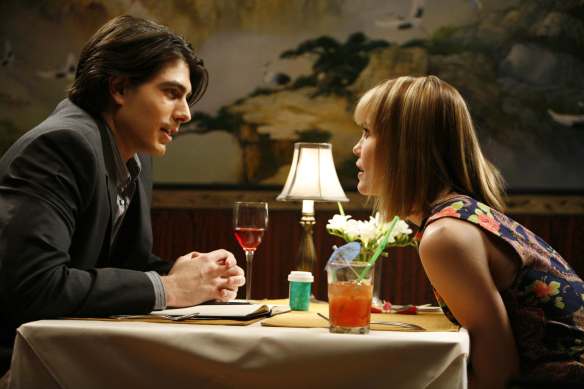 The premise is that Sarah decides to stop being a secretary and lands a management role. Good for her! Until that role goes to Milo (Brandon Routh), who takes her on as a secretary and then tries to take her in as a lover. Routh is incredible as an utter sleaze bag and would have stolen the movie if it weren’t for him dying early on. Still, it sets in motion a whole load of other deaths of bigger and more obnoxious arseholes along the management chain so it’s worth it. 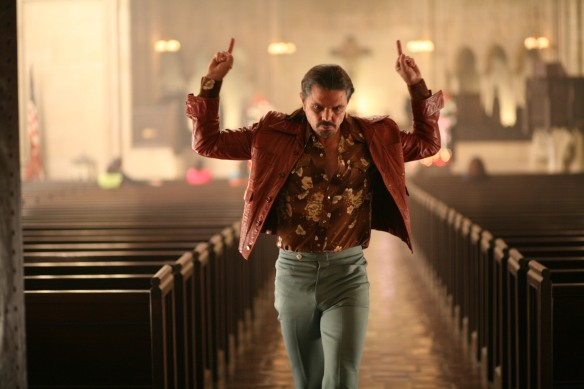 “I hope they’re seeing how cool I am”

Things rapidly get out of hand for Sarah, especially as the script tries to throw in a whole bunch of commentary about office politics and how people rise to the top. The script doesn’t quite delivery on saying anything profound and left me wondering why the company never backfilled the roles Sarah goes through. Still, given that the HR Department clearly only work one day a month that’s kind of understandable.

“It’s only grave robbing if you don’t molest the corpse!”

Adam Goldberg takes over the main male lead soon enough, as a police officer living in Sarah’s family B&B and investigating the string of murders. It’s fair to say “the plot thickens” but no matter how good you think the setup is you’re wrong: it’s actually much smarter than that. It’s also, because I did due diligence and watched it twice, very fairly played and you can just about spot a few key clues once you know what to look for. It means that whilst many things are exaggerated there is still that thread of realism that binds it together.

Unfortunately, for all its smart planning and truly disagreeable bad guys (Patrick Fischler is brilliant at being terrible, as always) it doesn’t have many belly laughs to carry it along. Instead, it’s just engaging and interesting. It never seems to hit its stride well enough, but there are plenty of individual moments to keep you locked in. Some of this is the curious tension it has with trying to be light-heartedly wacky and show people dying in bizarre manners. Not that such an approach can’t work, just that this it doesn’t land well here.

If there is such a thing as feel-good murder mysteries then this is well inside that camp. The overall result skips happily into Treasure territory, pushed along by some fantastic work from Missi Pyle. Whilst you might not love it there are lines and scenes that will stick with you well after the credits roll, and if you think it’ll land with you then it’s worth the punt. After all, it could be worse: you could be at the office.